Headshot happy! That's what we are at LJ Studios lately. We've always been a good destination for professional headshots, but lately we've been doing more and more environmental portraits on location.


Everyone needs a good basic headshot for their online profiles like LinkedIn and Facebook, but for some people, like media consultant Michael (pictured above), an environmental headshot tells more about the subject by putting them in the context of their work environment (as opposed to the studio). Subjects often feel more comfortable in their familiar environment than they do in our studio, which also helps reveal their natural character.


In the portrait above, Glen is standing in front of a construction project that he managed. His joy and pride over the project was evident and came out more naturally standing next to the building than it would have in the studio.

These environmental portraits are not necessarily meant to be used as profile photos (although they could be). They are great for editorial features and general marketing materials.

And on top of it all, they tend to be fun to shoot for both the client and the photographer!

Posted by Mark Liflander at 12:21 PM No comments:

From January 22–24, 2016, a major blizzard hit the New York metro area dropping up to 3 ft of snow. The blizzard was described as a "kind of a top-10 snowstorm" by weather expert Paul Kocin.

What did LJ Studios do during this blizzard? We photographed a b'not mitzvah, of course. 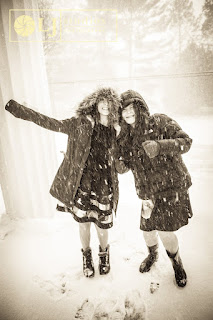 The b'not mitzvah girls making the most of their big day

When James arrived at Larchmont Temple on Saturday morning, he wasn't sure if the event was going to be cancelled due to the weather. Shortly thereafter, James spoke with the girls' mother, Jodi, and she informed him that the temple service would proceed as planned, but that the reception would be rescheduled to Sunday. The girls took it all in stride, and happily agreed to step outside the temple to commemorate the occasion with a snow portrait (photo above). Surprisingly, it seemed like almost all of the invited guests made it safely to the temple. Mazel tov!

Beckwith Pointe (http://beckwithpointe.com/) was very accommodating, and agreed to reschedule the party to Sunday. So James ended up working Saturday and Sunday, but with clients this warm and friendly, he was more than happy to be part of this success story! 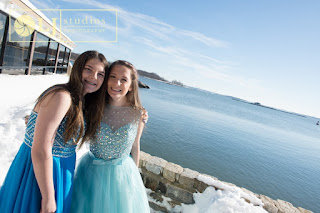 Mazel Tov to the girls!
Posted by Mark Liflander at 4:13 PM No comments: